A couple of years ago I received an email from someone wrapping up a deceased estate.  No, not a lawyer in Nigeria or Dubai.  This one was from a man whose family member, a couple of generations ago, was literary agent to the enigmatic Lobsang Rampa.  Among the few remaining items to be disposed of was a collection of cassette recordings and photos sent by Lobsang Rampa to his agent.  Would I like to have them?

As I told the diligent trustee, although many of us have reason to be grateful to Lobsang Rampa for the interest he stimulated in mystical practices during our much younger years, what he wrote about in the 1960’s and 70’s didn’t really have much to do with Tibetan Buddhism. (You can find my previous blog on this subject at: https://davidmichie.com/the-enduring-fascination-with-lobsang-rampa/).   I suggested that the trustee contact a website promoting the work of the good Dr. Rampa, assuming the site would be run by devotees who would appreciate mementos of their teacher.

Months later, the trustee was back in touch.  He had indeed contacted the website – and received an unexpected reply: “We are not interested as they are all fakes, end of conversation.”  How exactly they had been able to determine the authenticity of items they hadn’t even seen was a mystery.

None of this helped the trustee who, not wishing to destroy something that might be valued by others, offered the items to me again.  Understanding his position, I agreed to provide a second pair of eyes.

Weeks later, a well-packaged cardboard box arrived by courier.  As I was working towards a publishing deadline, I didn’t have a chance to open it immediately.  Besides, I had become genuinely curious about what the mystery package might contain, and wanted to give its contents my proper attention. 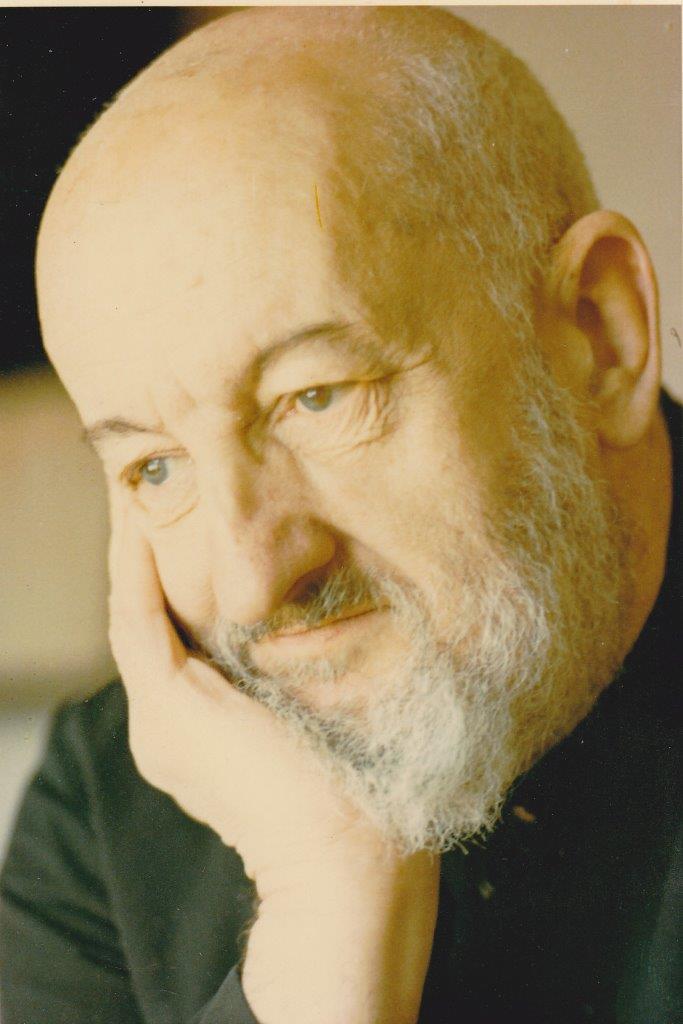 Would it perhaps include a photograph or cryptic reference to someone who would cast a new light on the real inspiration of Tuesday Lobsang Rampa?  Might I discover references to teachers, advisors or colleagues which helped understand where he was coming from?  A clue, at least, about his own inner life?

Just as the trustee had told me, when I opened the box I found cassette tapes, slide boxes, photo albums and a stereo camera.  The latter had been a source of fascination to the author, and is inventive even by today’s standards, enabling a person to take and view photos in 3D (see photo below).  Many of the photos taken with it were quite speckled, as you can see from a couple I include in this blog.

It was a strange sensation, going through a time capsule that seemed to have remained virtually untouched for the last four decades.  Buying a cassette tape player, as well as a special battery for the slide viewer, I went through the miscellany of items wondering what I may discover.

Lobsang Rampa’s cassette messages to his agent and agent’s wife, were a prosaic account of the life of a retiree in Canada, where he lived in his latter years with his wife and adopted daughter.  I didn’t listen to them all the way through, but I did skip through each one in case he turned his attention to a subject such as writing, spiritual activities or conversations he might have had with others.  He had a strong, Devonshire accent and spoke very slowly – one entire tape was devoted to a harrowing journey he made across Canada in an aircraft that didn’t have a pressurised cabin – the only one available, apparently, to a man travelling in a wheelchair. 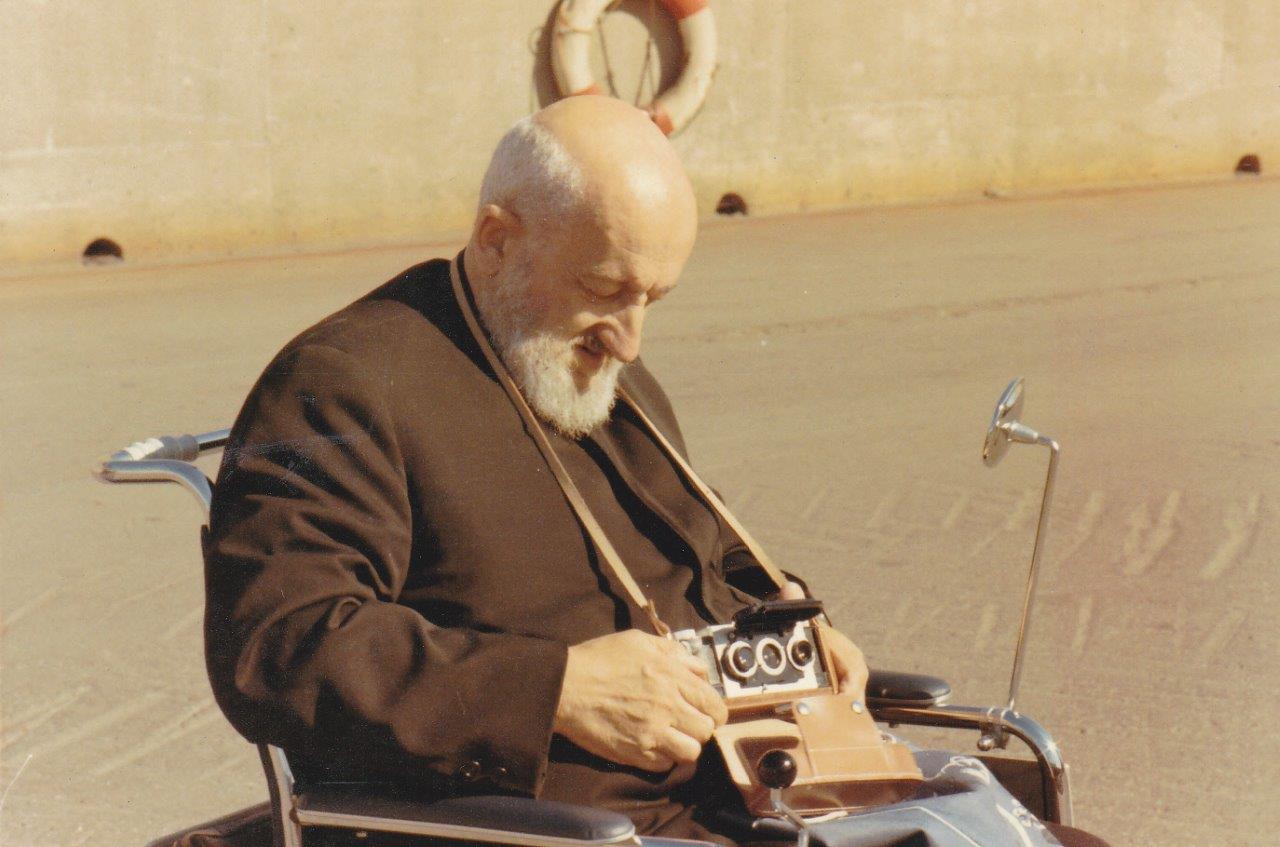 The tapes were a reminder of how times have changed.  Throughout, he refers to his listeners as “Mr.” and “Mrs.”  And when his adoptive daughter, Sheelah Rause says a few words, she refers to “Dr. Rampa.”  All curiously formal by current standards – and interesting that even those in his inner circle referred to him by his assumed persona, rather than his real name of Cyril Hoskin. 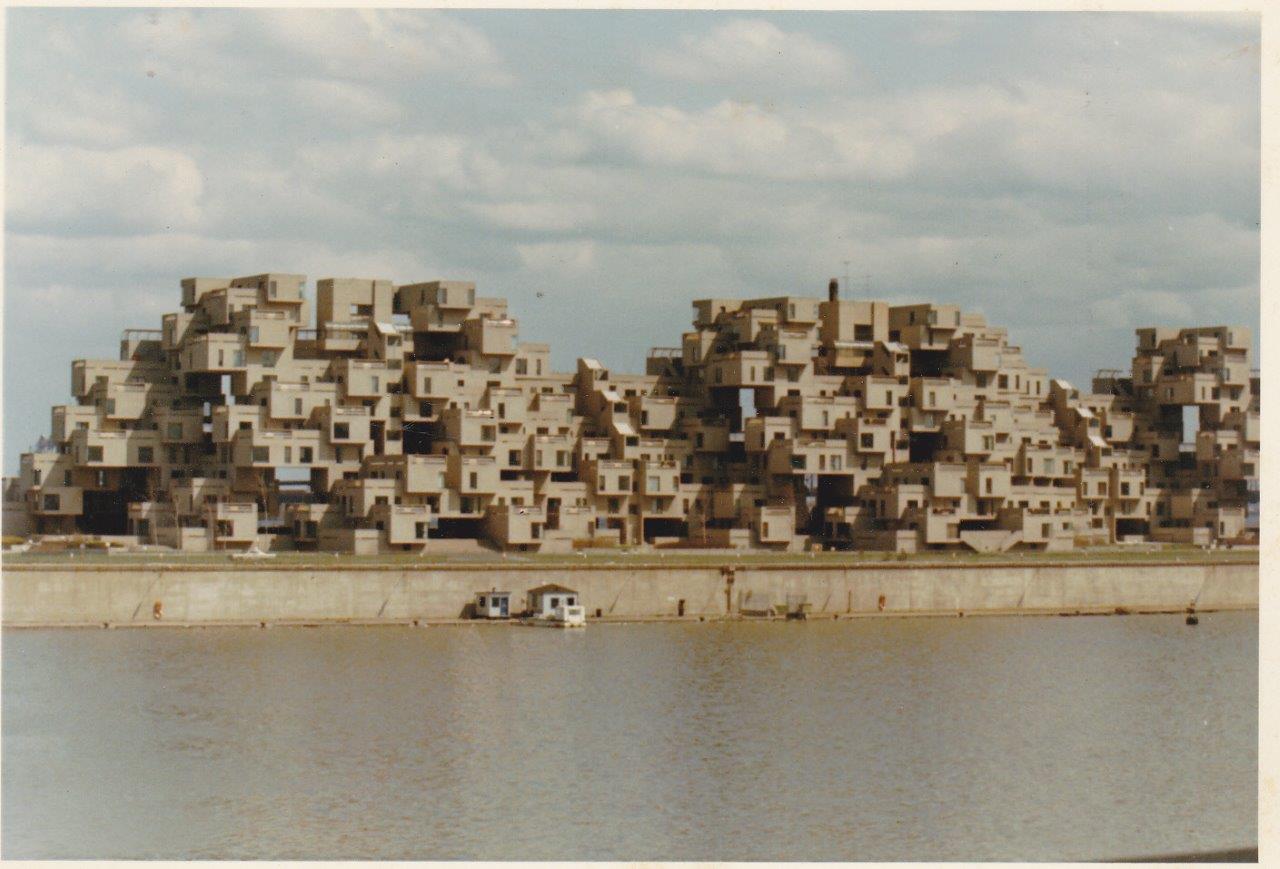 The slides were mostly of travels in the latter years of his life – Europe, South America, USA, Canada and even Australia.  I was disappointed to find that almost all were of landscapes, buildings, ships and aircraft – he clearly had an enthusiasm for mechanical innovation and technology.  I had hoped to discover that he had been photographed with other people known in the worlds of psychic studies, psychology or spirituality more broadly.

For a while the family and their cats lived in Habitat, a model community and housing complex which was built in Montreal, Quebec, for the World Fair held there in 1967.  The building was only two years old when they moved in, and probably appealed to the author’s spirit of modernity.  The photograph below is one of the few with a person in it – his adopted daughter, Sheelah. 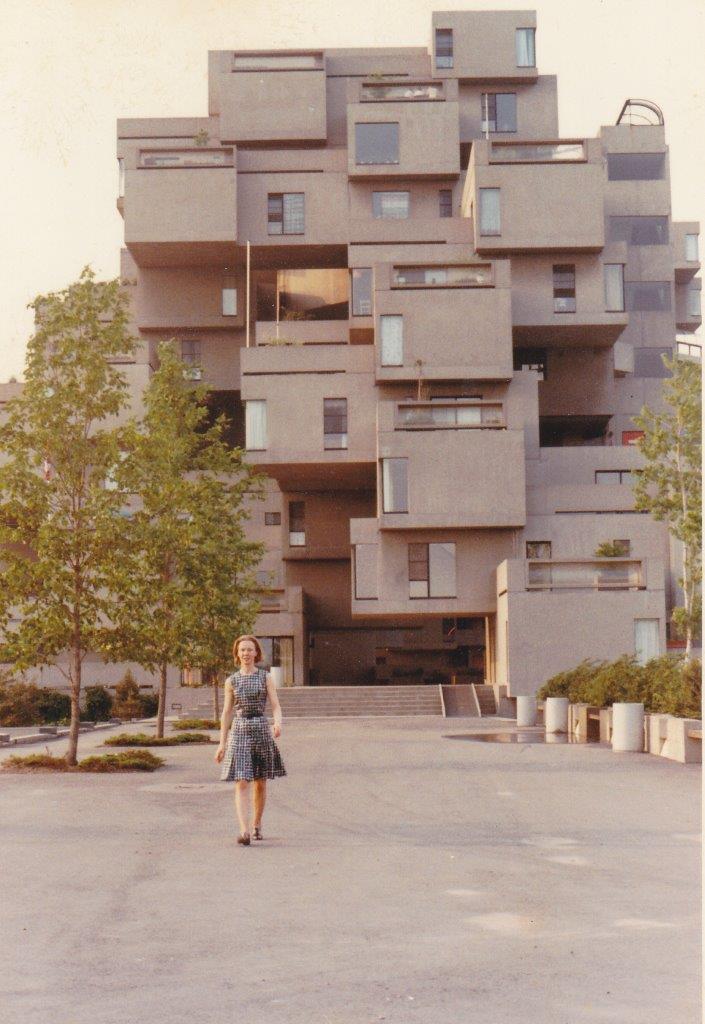 Overall, the materials were more striking for what they didn’t contain as what they did.  There is nothing in any of them to suggest that, through all his extensive travels, Lobsang Rampa ever visited a Tibetan Buddhist centre, met practitioners from any lineage, let alone the more prominent Tibetan Buddhists who had begun to visit Western countries.  No passing references to interesting books he’d read or conversations he’d had with fellow authors or kindred spirits. These may have happened, but if you didn’t know the occupation of  person who’d sent the items in that old cardboard box, from the vast majority of them you would probably conclude that he was some kind of engineer.

There were a couple of photos of the author in the hospital-style bed in his apartment, in each case holding one of his Siamese cats.  One of these included a crystal ball and Tibetan prayer wheel, which I have featured at the top of the post, as I think it’s the best photograph of all.

Another curiosity was a personal emblem/”coat of arms” drawn by or for the author, showing images of: Lhasa’s Potala Palace, a Tibetan prayer wheel, a crystal ball, volumes of Western-style books and two cats holding a candle.   Encircled by a row of beads, they include the motto: “I lit a candle.”

He did.  And for the time he was living in, perhaps that was enough. 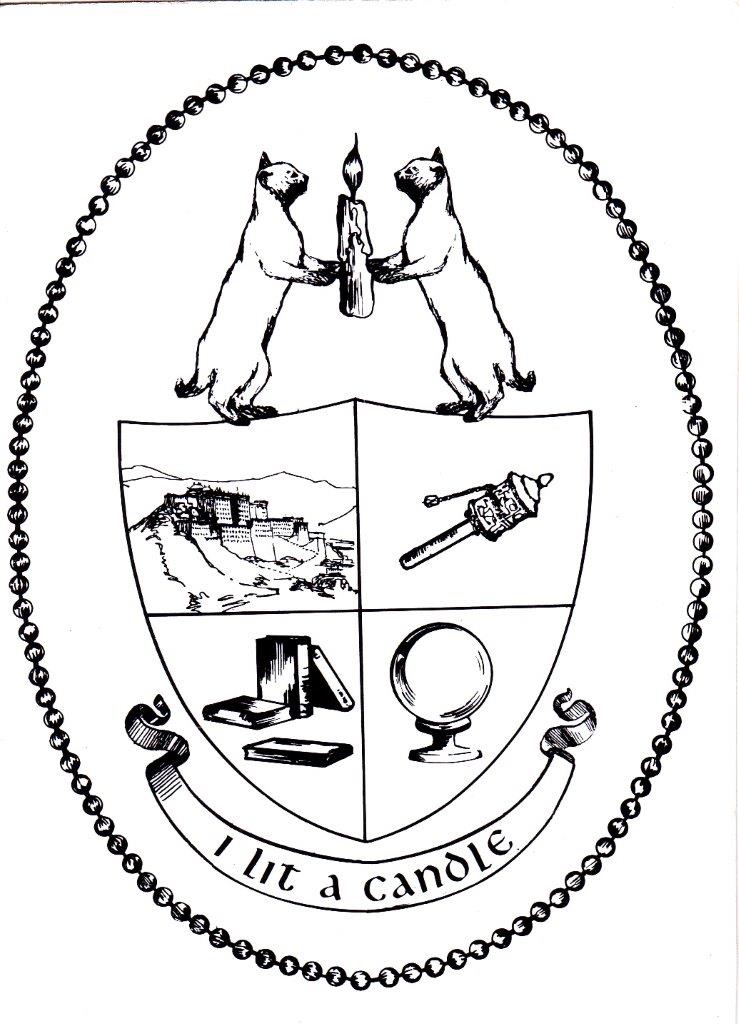 Other blogs I have written about Lobsang Rampa:

A few words about Lobsang Rampa

The enduring fascination with Lobsang Rampa